I wasn’t planning on going to Vegfest London this year but when my Sister-in-law Gemma suggested we go I thought why not? Unfortunately we had missed the boat for the BOGOF tickets so after booking and transaction fees we paid about £14 each which I thought was a bit steep and more than I’ve paid for other vegan events. We’ll have to be more organised next time!

After the hour and half journey from East London to Kensington Olympia we arrived at 2pm and were very hungry! We headed to the food village and had a look around. There were quite a few stalls I have visited at past events but a couple caught my eye. I was interested in Dutch Weed Burger but as we’re off to Amsterdam next week I’ll save that for the authentic experience! The other stall that interested me that I hadn’t seen before was Greek Vegan Deli and their Halloumi wraps. 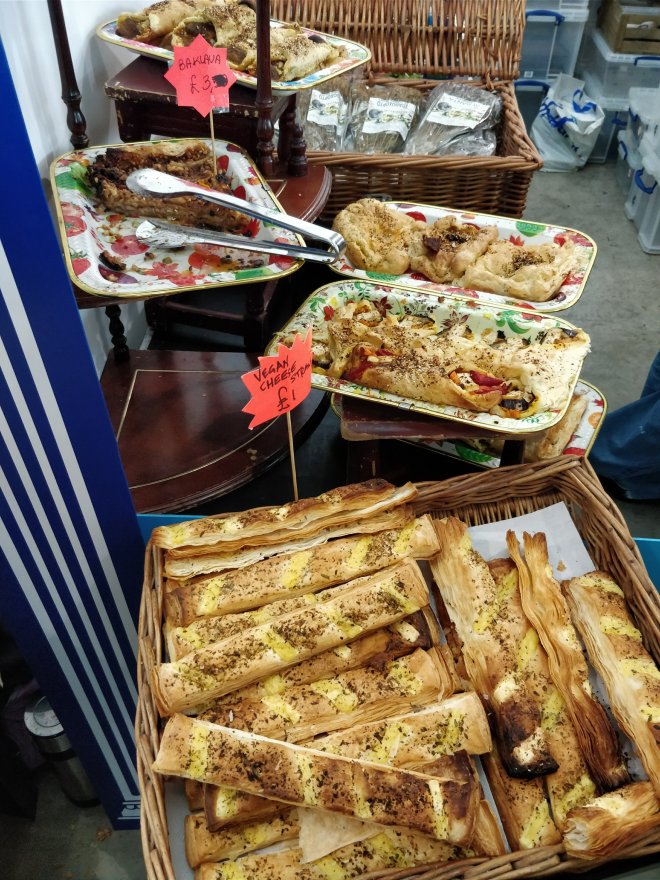 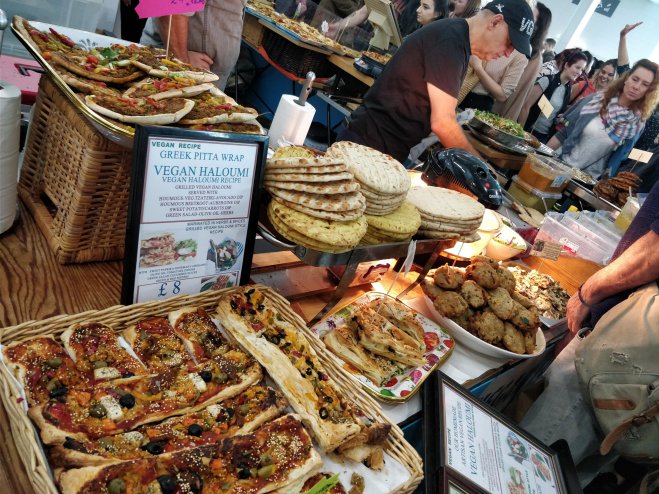 The Halloumi was made with tofu and the texture was spot on! I think it could have been a bit saltier but overall I was really impressed. 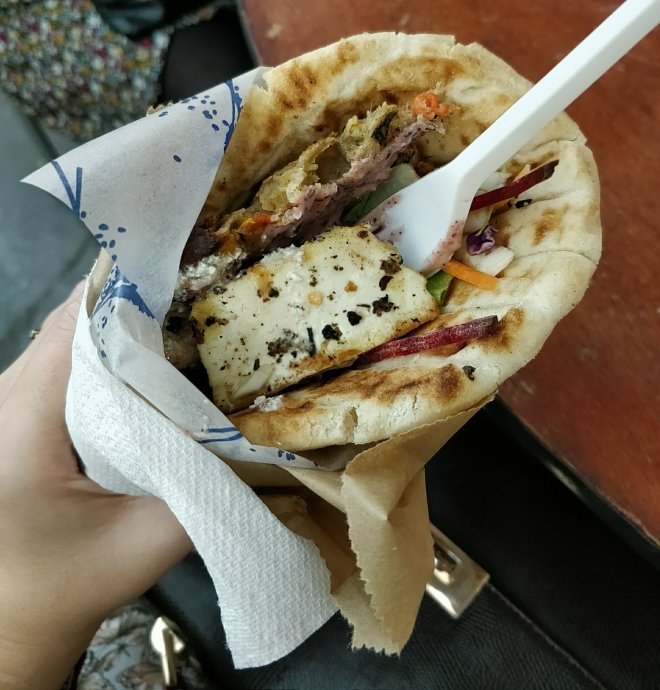 We stopped at the Essex Pig Save stand who are an organisation who organise vigils outside local slaughterhouses and are part of the global Save Movement which originated in Toronto. We also listened to a talk about the Save Movement later in the day. 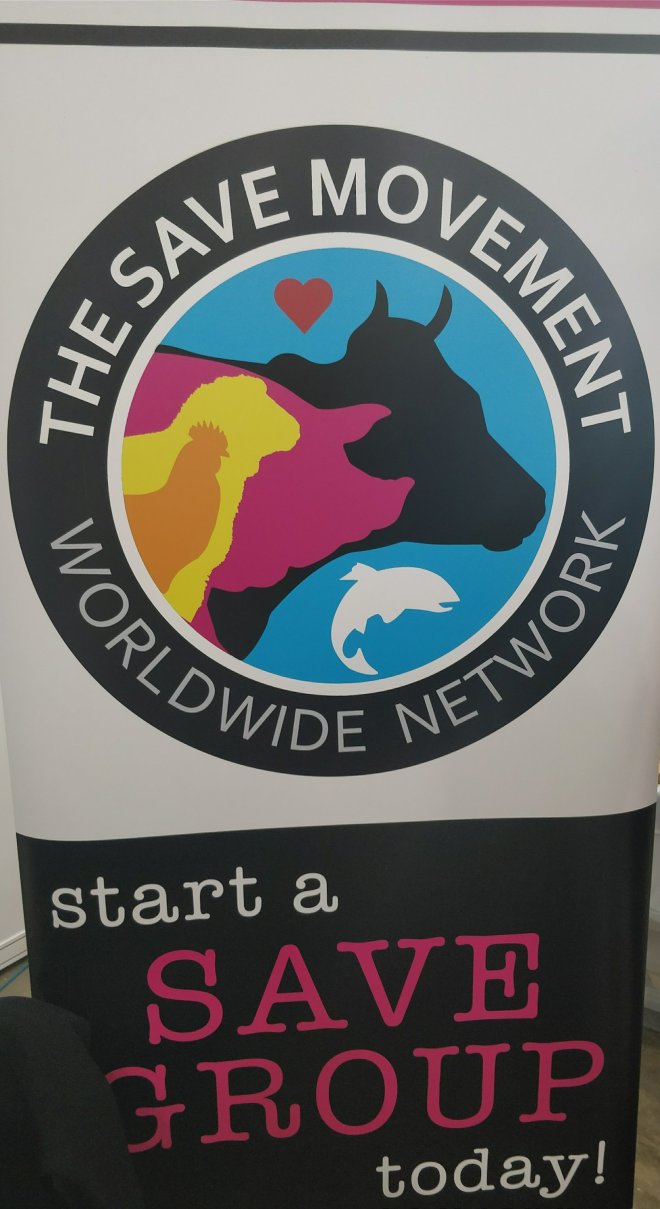 I bought some pig earring to support the group so after my Hunt Sabatours pawprint earrings these are my second activist earrings! 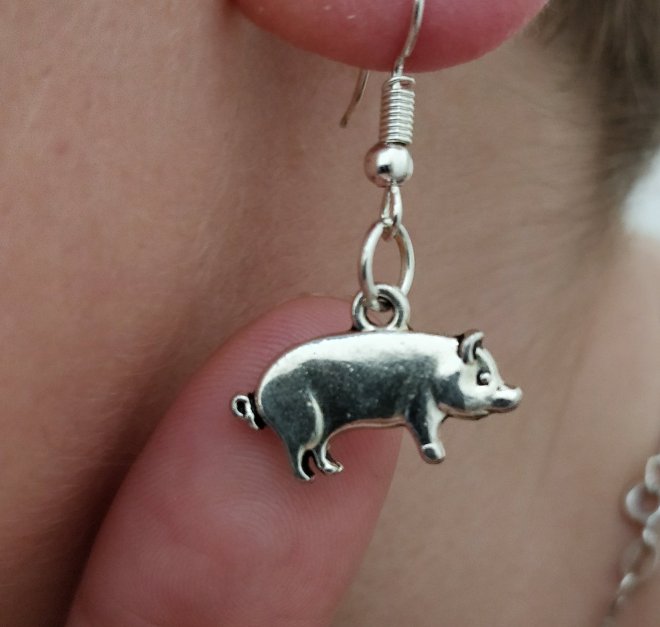 I’ve featured Vida Bakery multiple times on this blog and that’s because they’re blooming amazing! This time I went for their Oreo brownie to take home and share with my Husband. 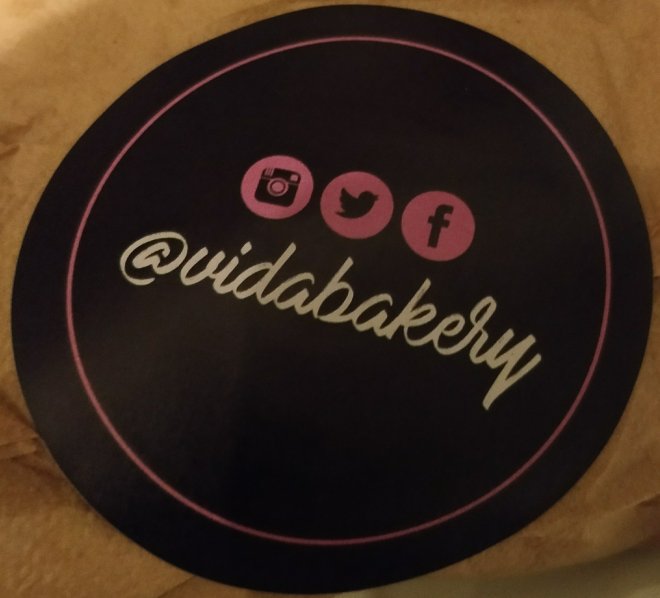 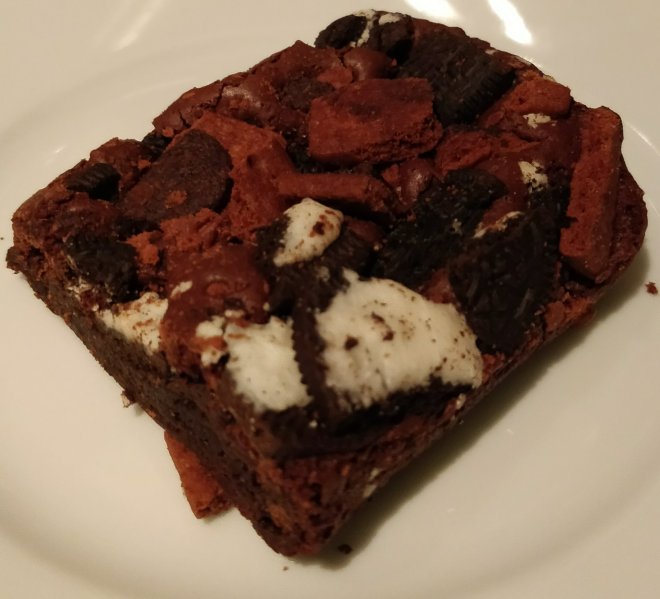 I also picked up a peanut butter mini loaf from Ruby’s of London for us to share which was gorgeous. 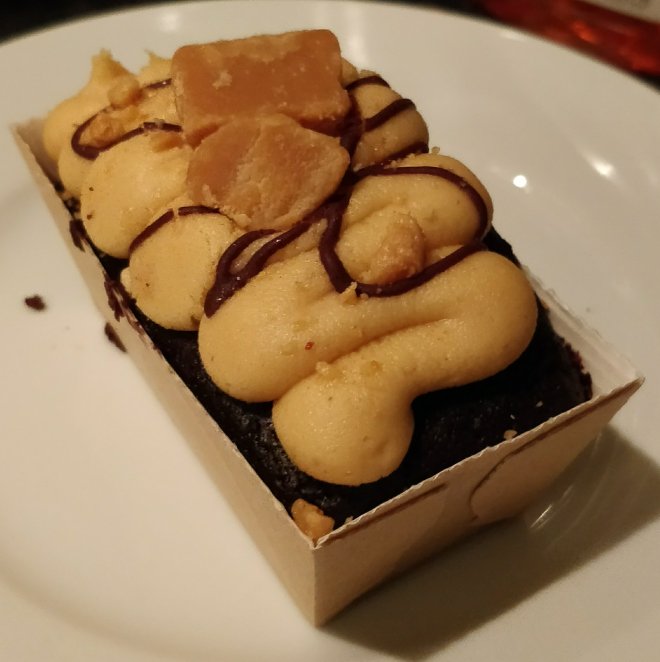 Another cake stall that looked fabulous was Cupcakes and Shhht and I look forward to trying their wares in the future. 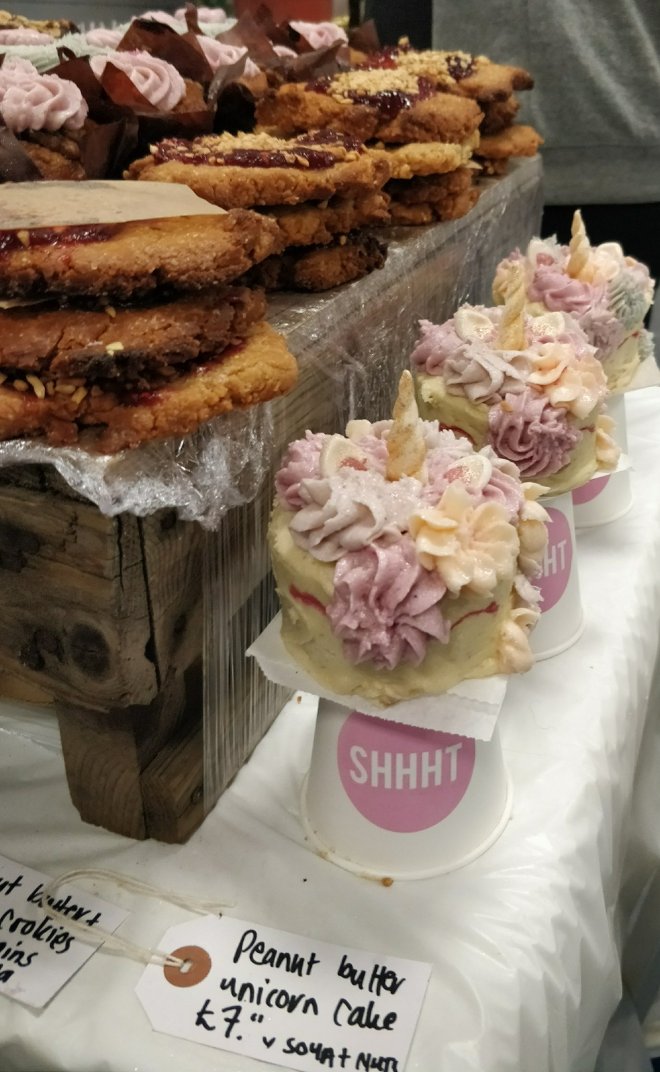 My Sister-in-law picked up some Vegenaise from the Follow your heart stand and I went for their cheese shreds for pizza which were discounted from their RRP of £4.49 to £2, bargain! Our friends managed to snag the last Vegenaise and told us they had sold over 400 jars that day! 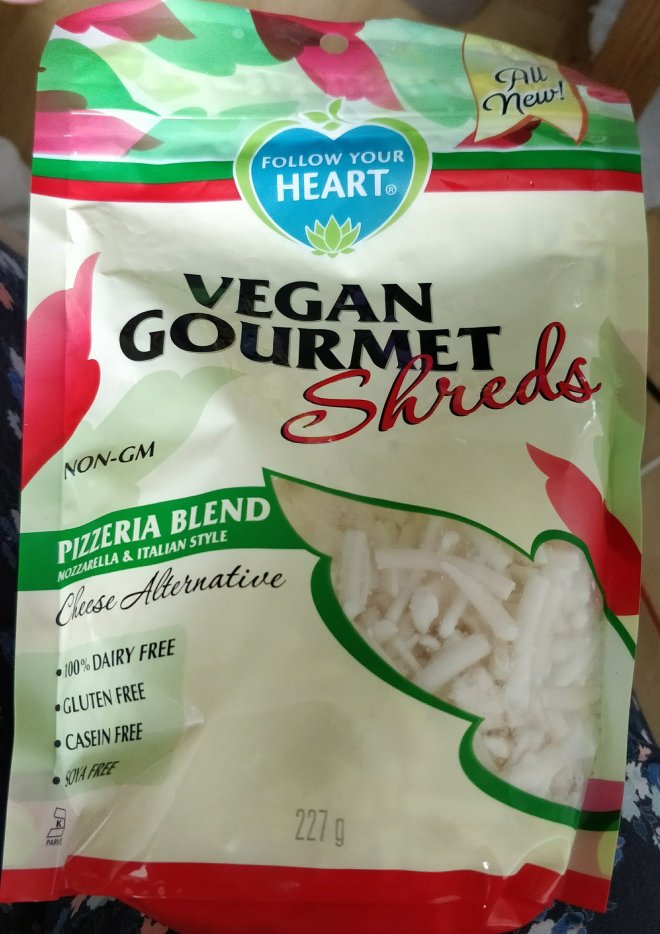 I picked up this peanut bar from Perkier after trying some tasty samples for 70p.

I wanted to buy some vegan clothing, but as I’m trying to buy as few brand new clothes as possible I wanted something that was really useful and I would get a lot of wear out of so I went for this sports bra and crop top for when I’m running from Vegan Rex. 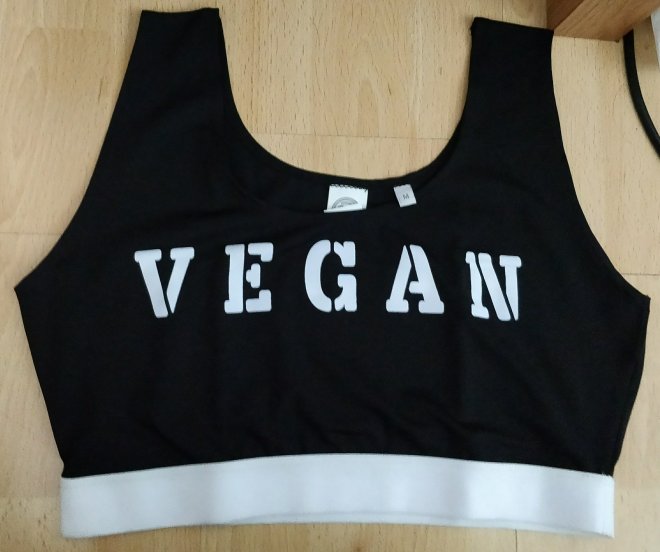 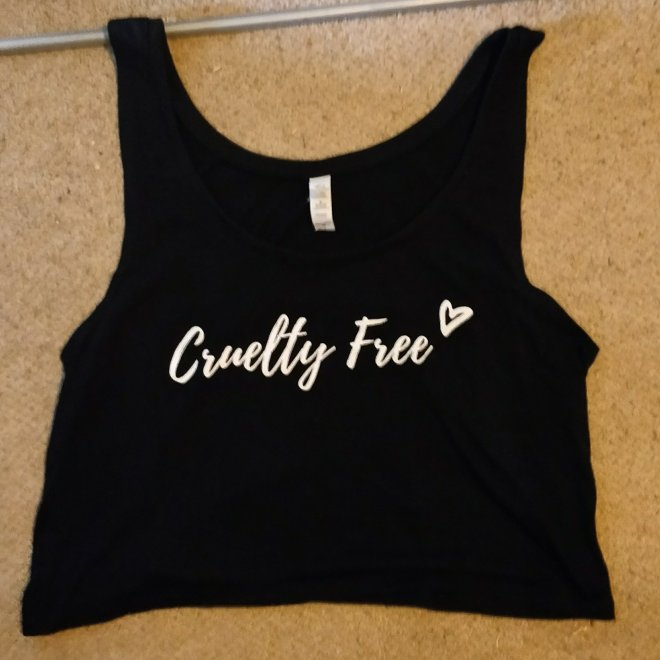 When we entered we were given a copy of Vegan Life Magazine and I was pleased to see it was the current issue! 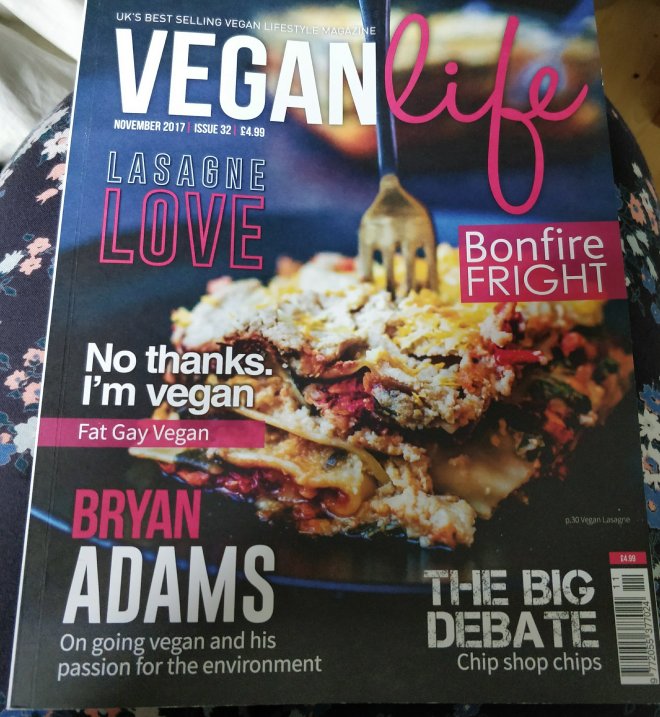 Lastly there was a display of vegan art which was really lovely to see. 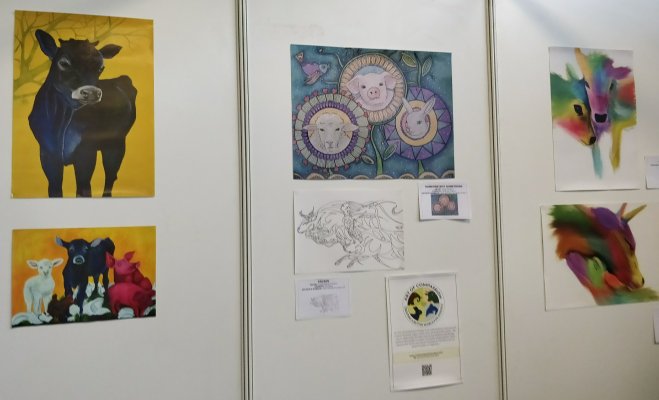 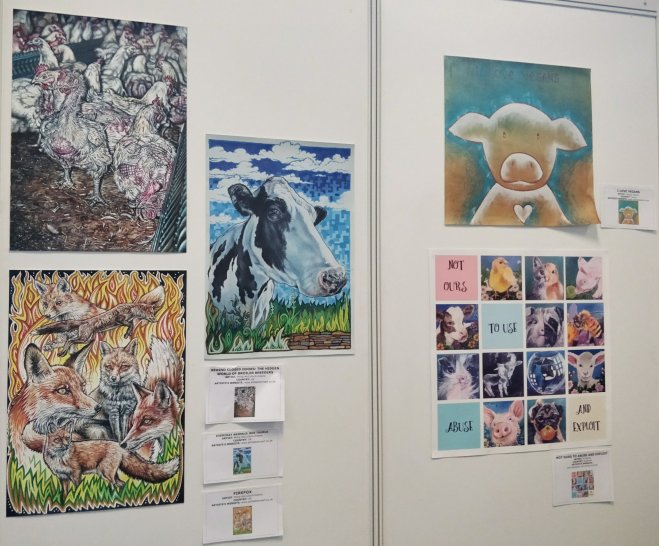 Did you go to Vegfest London? What were your highlights? Let me know in the comments below.