I bought these “new items to me” a little while ago but I wanted to wait until I had used them all before I posted about them.

Firstly the snack food. I love these pea snacks, they are so tasty! Aldi do their own version where some of the flavours are vegan too.

I used to have the Rhythm 108 biscuits in coffee shops (I think Costa do them) but I was excited when I started seeing these bars. They do a salted almond (pictured here) as well as hazelnut praline and a coconut bar. They are “fun size” but such a delicious little treat. They’re also doing mini truffle eggs for Easter which are supposedly available in Sainsbury’s but I haven’t seen them yet.

When I was little a fish cake was my go-to at the chip shop so I’m always looking for a good alternative. I like the frozen Tesco ones but I was excited to see these fresh ones from M&S Plant Kitchen range. I also like the fact they contain mashed beans, potato etc rather than a more processed meat/fish alternative. I’ll definitely be getting these again. But maybe I’ll have just one on my plate! 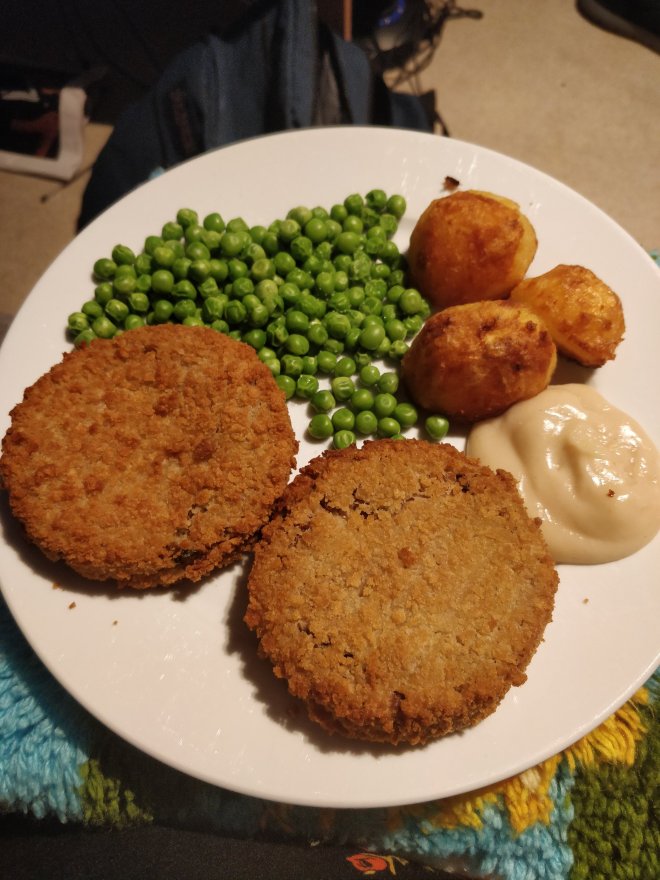 Gardein have been a top seller in the North American plant based food market for a number of years and have finally landed on our shores in Sainsbury’s.

The meatballs were great and savoury but the fennel seeds had that liquorice tang which I’m not a fan of. I’ll stick to my Sainsbury’s own brand I think. 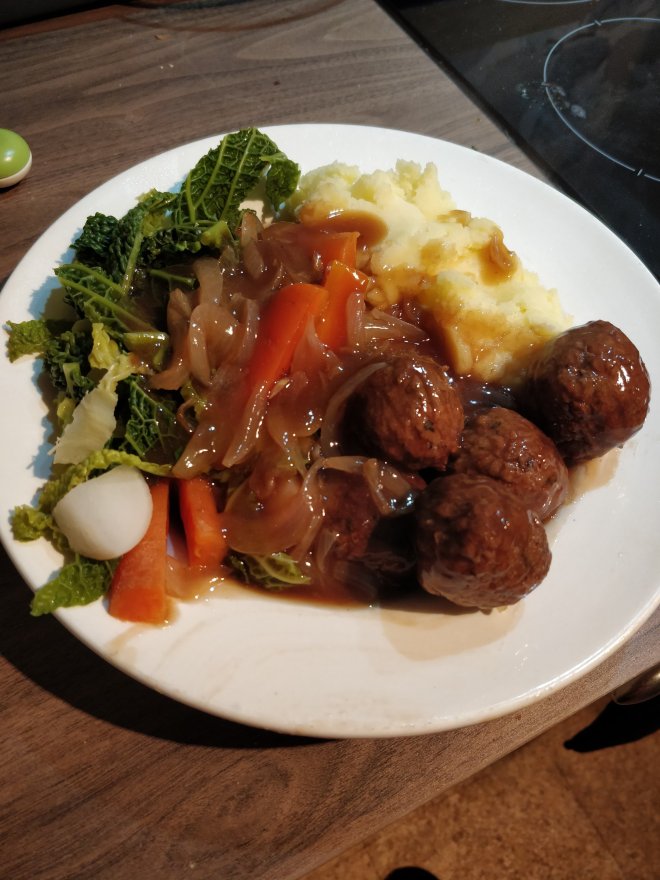 The fishless filets, another Gardein product tasted very nice but were an odd size, sort of between a nugget and a filet. 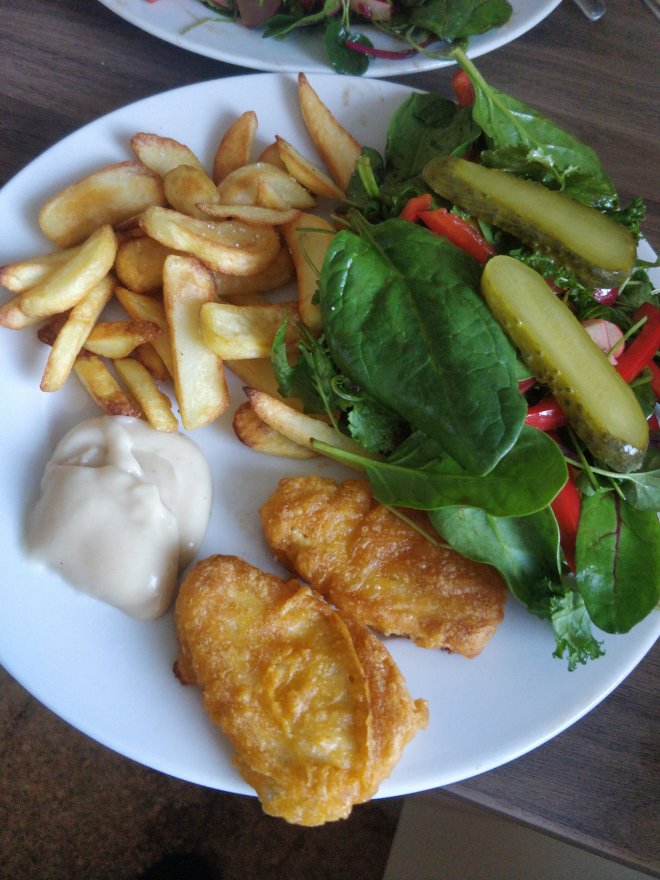 These products were perfectly fine but as they are imported from America they are on the pricier side. I think in days (or years) gone by we would have rejoiced with the addition of Gardein to our supermarket shelves but now there are so many good British brands at reasonable prices that there’s nothing special enough about Gardein for me to justify the cost.

These slices are frozen and you have to defrost the whole pack when you want to use them which was a bit annoying. I first had these “as is” with potato and veg. They smell fishier than they taste although the flavour is not unpleasant. Smoked salmon has an odd texture anyway and this doesn’t match it perfectly but I think it is better served in something like a bagel than on its on.

To use up the salmon slices I used them in an omlette made with Organ easy egg and mushrooms and I think they worked much better this way. Again it’s not a product I’m going to rush out and buy again but it’s a nice option to have when you’re in the mood for it. I was quite chuffed when my Husband said he preferred my marinated carrot lox, but that is quite involved to make.

Have you tried any new foods recently? What did you think? Is there anything left that you still think we need a vegan version of? Let me know in the comments below.

Aren’t we so lucky with all the new foods coming out? I’ve tried a few things that are new or new to me over the past couple of weeks that I thought I’d share with you. 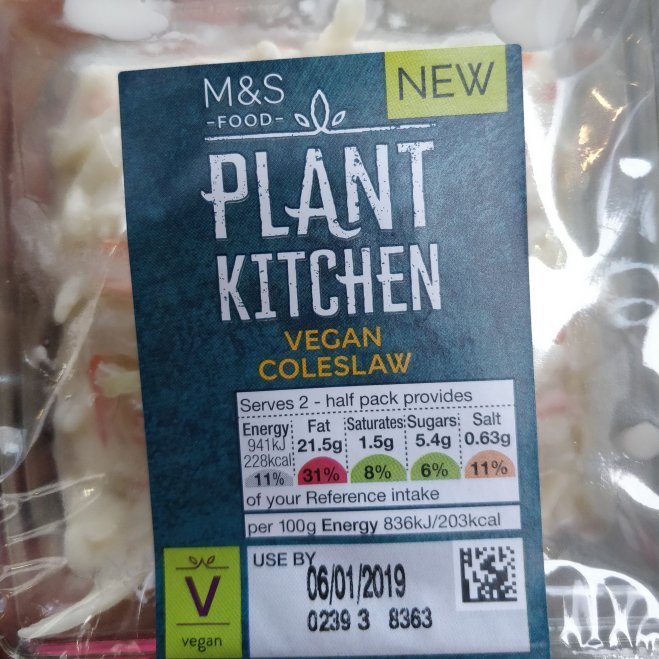 First up my fave! The M&S Plant Kitchen coleslaw. I have always loved coleslaw and now I can easily get my hands on some! Perfect on a jacket potato with vegan cheese.

Likewise the potato salad! Lovely and creamy and perfect for a vegan spread. 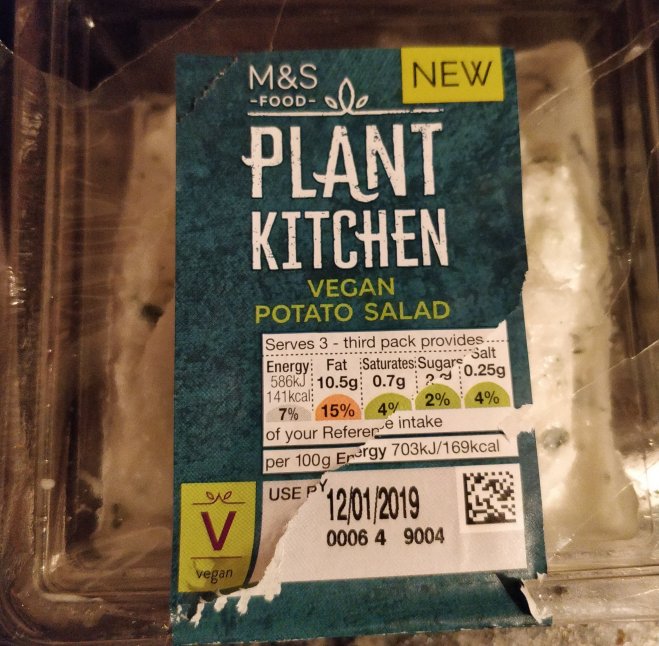 The last item I’ve tried from the Plant Kitchen M&S range is their spaghetti Bolognese ready meal. This is great to pick up on the way home when I’ve had a busy day and don’t want to cook.

I added some of my own vegan cheese to this and I would definitely buy it again.

I picked up these bars from Rhythm 108 in my small Sainsbury’s shop. I’ve tried their biscuits before which are available in Costa so I was looking forward to trying these.

These are proper tasty but a little pricy at £1.40 for a fun size bar. Definitely an occasional treat. 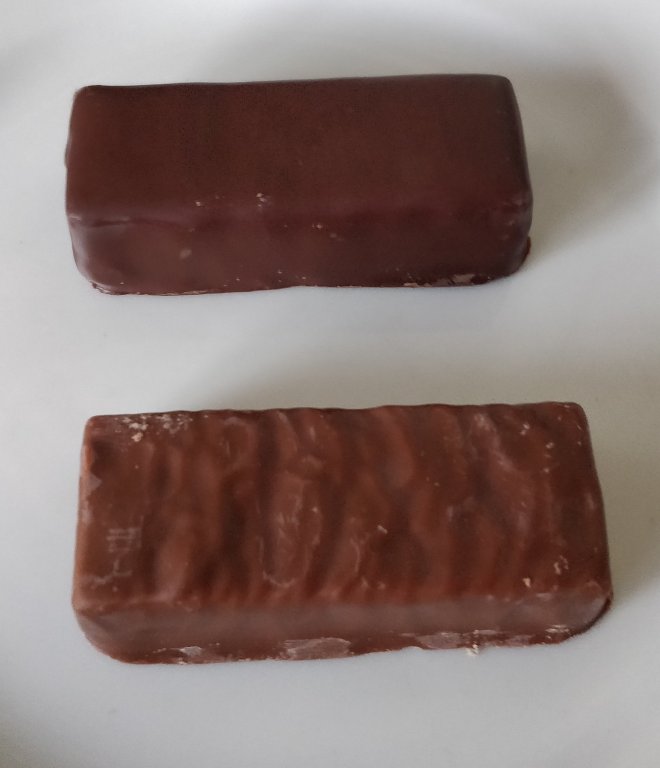 Lastly we have another product I’ve been excited about. The Naturli spread this is one of the only vegan spreads on the market that is free from palm oil. I asked my local big Sainsbury’s to stock this and luckily they now are. It is currently in the Veganuary area so hopefully this will be stocked beyond January.

I’ve only tried this on a jacket potato with lots of different flavours so I need to try it on toast to experience the full flavour.

What foods have you been trying this year? Let me know in the comments below.