This week I was lucky enough to attend the first Vegan Nights market at The Boiler House, Truman Brewery in Brick Lane.

I had looked up which traders were going to be there and planned which food I definitely wanted to eat!

I started off with the Father Jack burger from Biff’s Jack Shack. It had a jackfruit burger with onion rings, smoked cheese and bourbon barbecue sauce, the container even had a sticker with Father Jack (from Father Ted) on it! This burger was so tasty and I’ll definitely be seeking out Biff’s Jack Shack again!

Next on my hit list were Pomodoro e Basilico where I grabbed a slice of Cisa pizza which came with pesto and chorizo. I’ve tried this before and it was definitely as good as I remember! 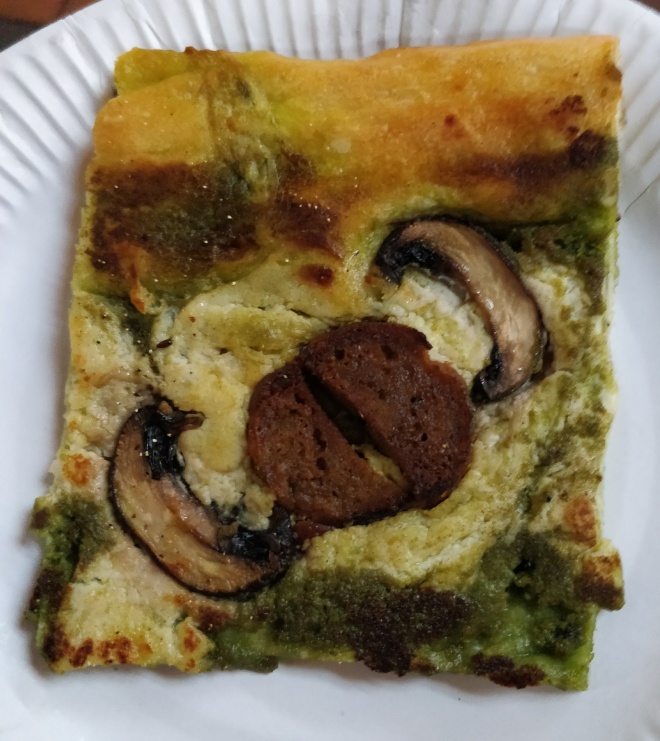 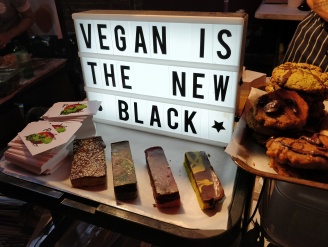 Next I was ready to move on to the sweet stuff and when I saw the Freakshakes Mylkman were producing I knew I had to try one! I went for the Top banana which consisted of frozen banana, peanut butter and loads of goodies on top all served in a hollowed out pineapple!

I had strict instructions to bring home a treat for Husband so I headed over to Vida Bakery’s stall. I went for this peanut and chocolate for him which I knew wouldn’t disappoint.

Taking a break from the food I headed over to the Bright Zine stall. I had already read their first zine so I was looking forward to picking up the next couple of issues, I also got this great stickers! 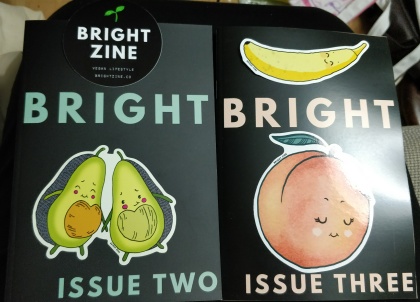 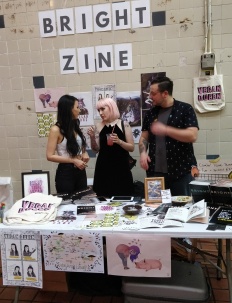 The stall I was most interesting in visiting weren’t there when I first turned up and I was worried they might have had to cancel but I had no need to worry as I soon saw Vegan Delice bringing in their wares. I first tried their cakes when I visited Hackney Downs Vegan Market which I wrote about here. This time I was after their hot donuts which they didn’t have at Hackney and I wasn’t disappointed! It’s been a long time since I’ve had a donut like this and it was very tasty! 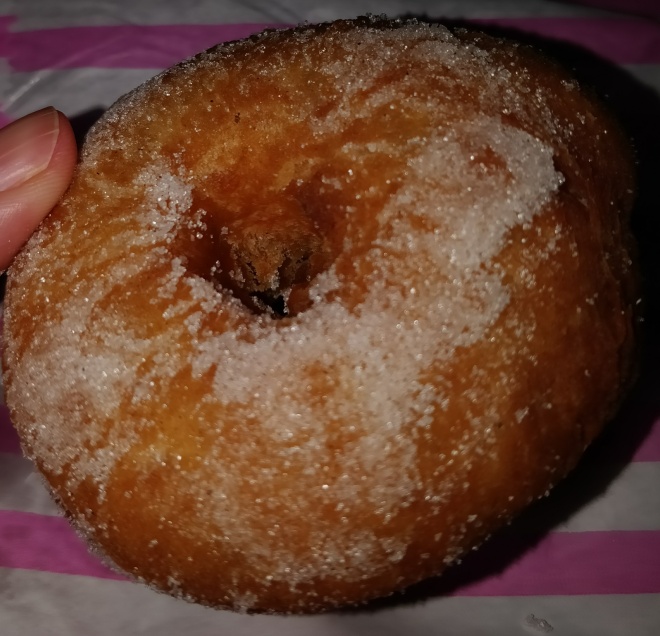 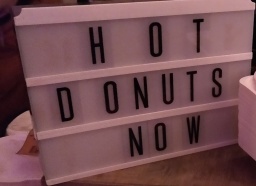 Here’s a selection of the other options available on the night. 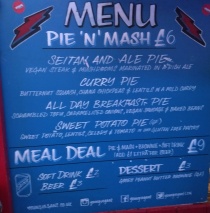 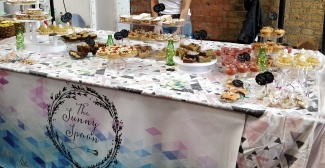 There were so many people there and I was lucky to get there as early as I did. When I left I saw the queue to get in which had well over 100 people in it and they were operating a one out, one in policy! I hope this becomes a regular event as there is definitely the demand for it!

Did you attend Vegan Nights? If not which stalls would you be most excited to try? Let me know in the comments below.

Vegan Nights at The Truman Brewery