I was made aware of Absurd Bird by an Instagram post from xanderspuppy. They are based in Glasgow and as I was visiting Glasgow for work this week (going up and back in a day) I headed to their website to see if I could have some tasty vegan chicken and waffles and possibly a side of mac and cheese deliveroo’d to the office. I was delighted to find they are actually a chain and have a branch a 15 minute walk from my London office!

I called in my regular lunch partner in crime, Mitsu to try out their vegan offerings.

Absurd Bird are not a vegan (or vegetarian) outfit but serve vegan chicken, burgers and sides. I have been wanted to try chicken and waffles for ages. (The aim is to get to Unity Diner for their weekend brunch menu soon). 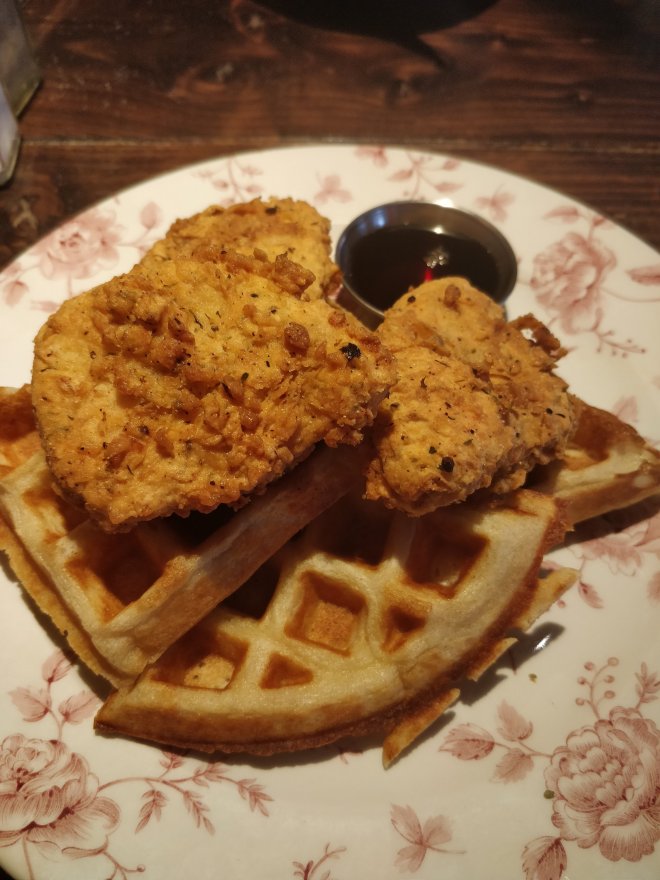 I enjoyed this meal but at over £11 I thought I could do with some veg on the plate. I had a look but I wasn’t willing to pay an extra £4.25 for a corn on the cob.

Mitsu chose a salad with vegan chicken tenders. None of the dressings appeared vegan and when speaking to the server they said they could something with oil and vinegar. When the dish arrived it had a dressing on it and Mitsu queried with the server (a different one to the one who took our order) that it was vegan. They confirmed it was but this seemed contradictory to the previous conversation. 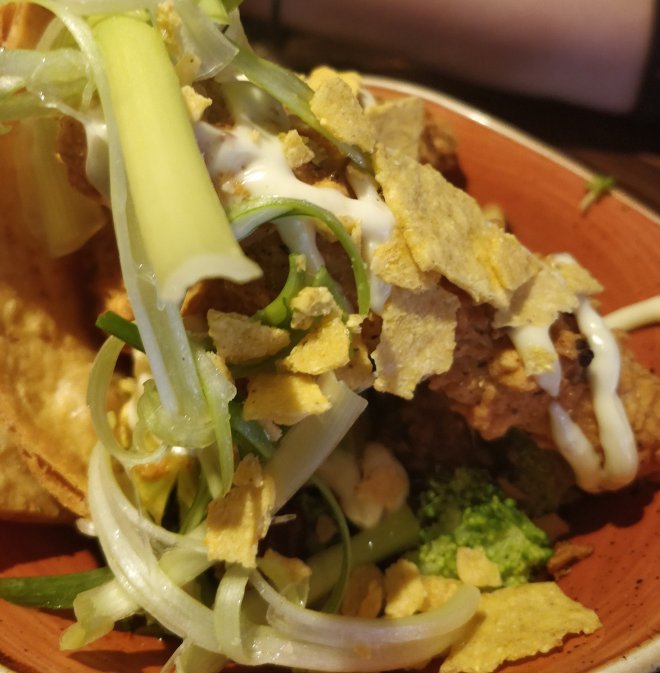 Our food took a long time to arrive despite there only being one or two other tables. The other downside is that they don’t do any vegan shakes or vegan desserts which is a shame when they have quite a few vegan mains/starters/sides.

I enjoyed my food but I don’t think I’ll be rushing back, although I think this great choice if you are eating with non-vegans.

Have you tried Absurd Bird? What did you think? Let me know in the comments below.