I haven’t been to a Harvester in a while but they have also jumped on the vegan menu bandwagon so we decided to have a Monday night meal there after a visit to the dentist.

If you download the app you’ll also get offers so we had 33% off our mains. The other thing that attracted us (and especially my Husband) was the vegan sundae dessert option.

As always in Harvester you have to head to the salad bar first. 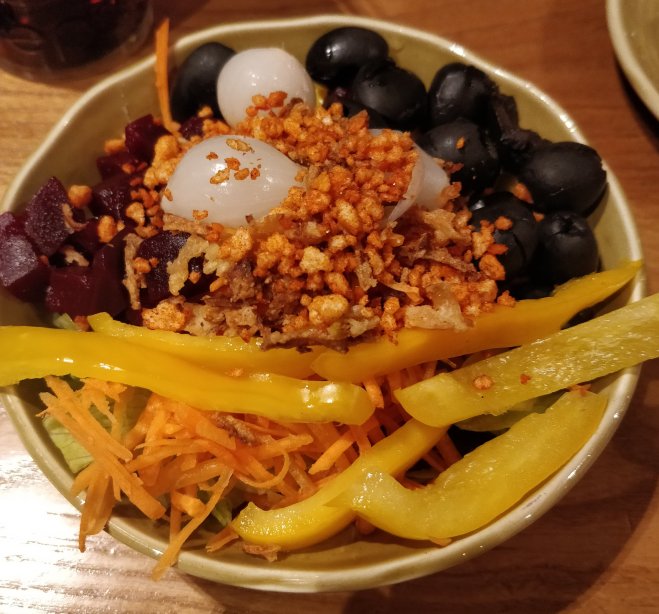 I think this is one of the only chain restaurants that offers vegan spread as standard alongside the butter for your rolls. 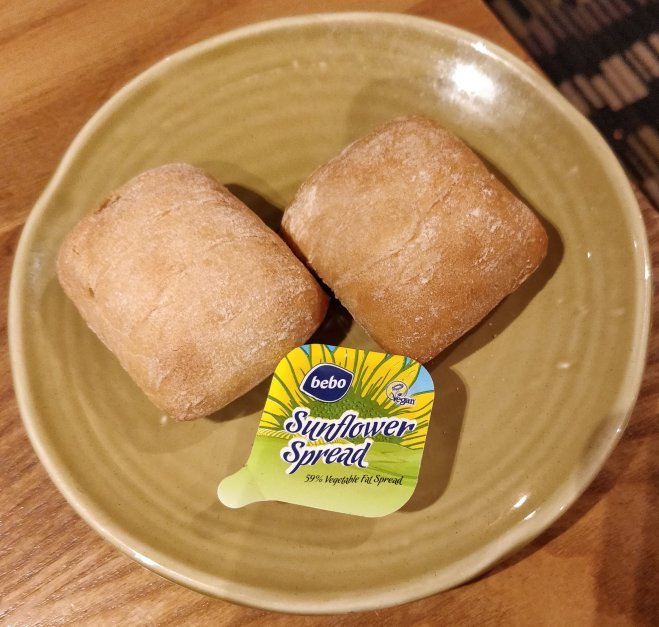 I’ve had a lot of burgers recently so I went for the lentil and red pepper tagine with flat bread. It was tasty and nicely spiced. 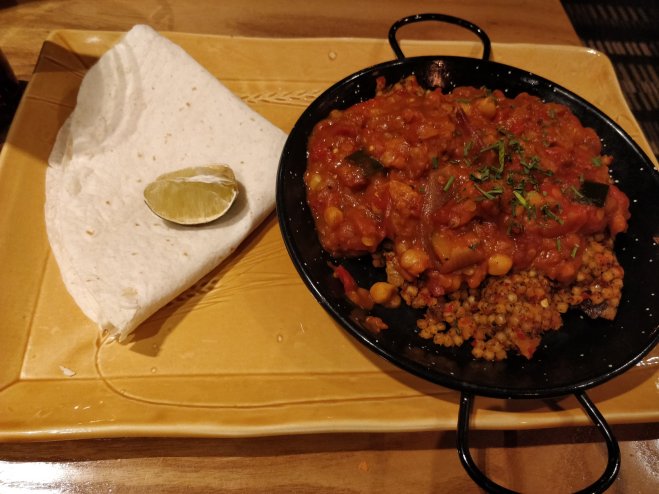 My Husband went for the Moving Mountains burger which he really enjoyed. We picked up a couple of sauces, smokey ketchup and bourbon and they both clearly stated they were vegan on the bottles. 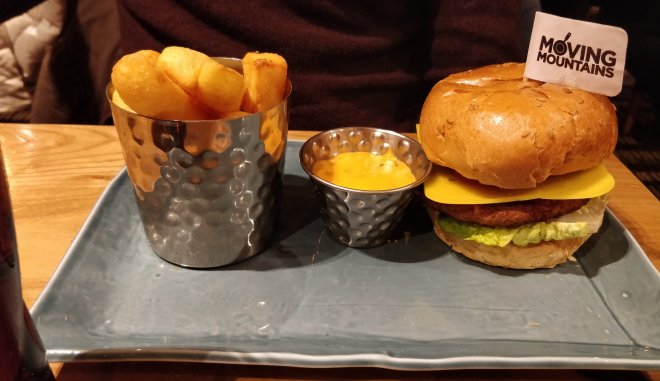 Ollie obviously went for the sundae for dessert. It just looks like ice cream and sauce but he really enjoyed it. 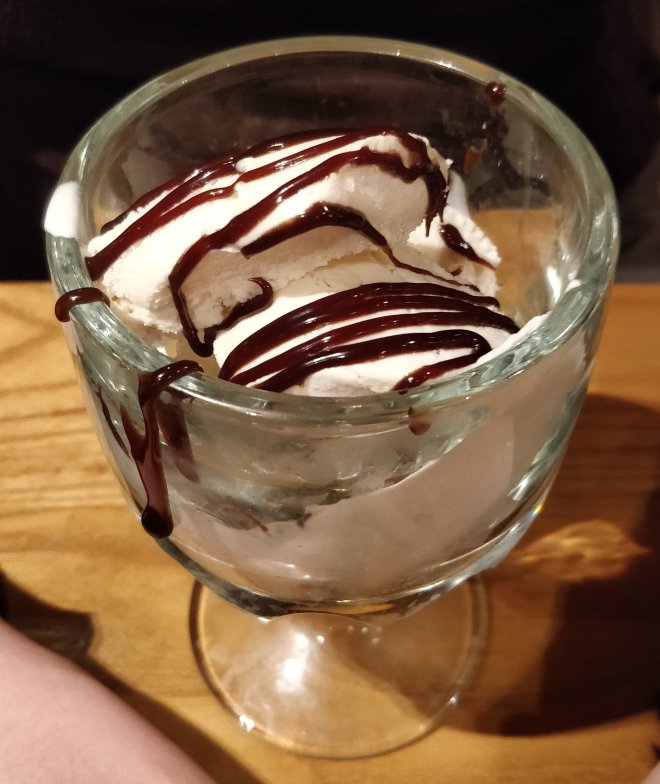 I chose the chocolate orange slice, which has a brownie base with a chocolate and orange mousse topping. It was nice because it wasn’t too rich. 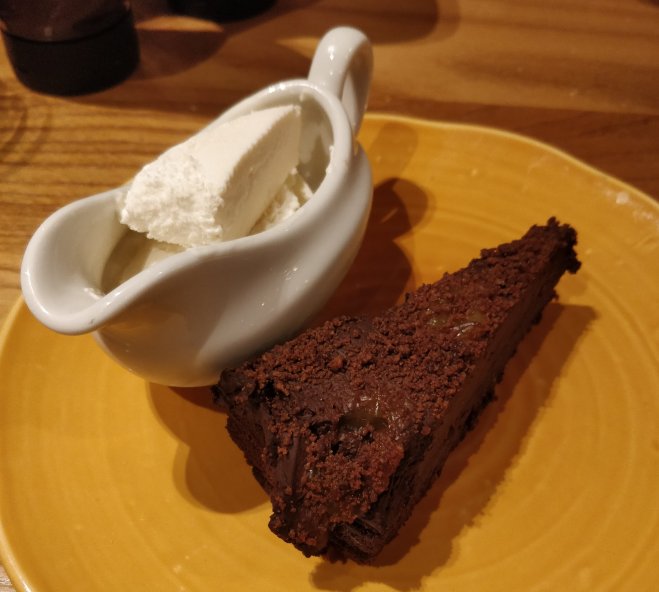 There were plenty of other options I’d like to try. What would you pick from the menu? Let me know in the comments below. 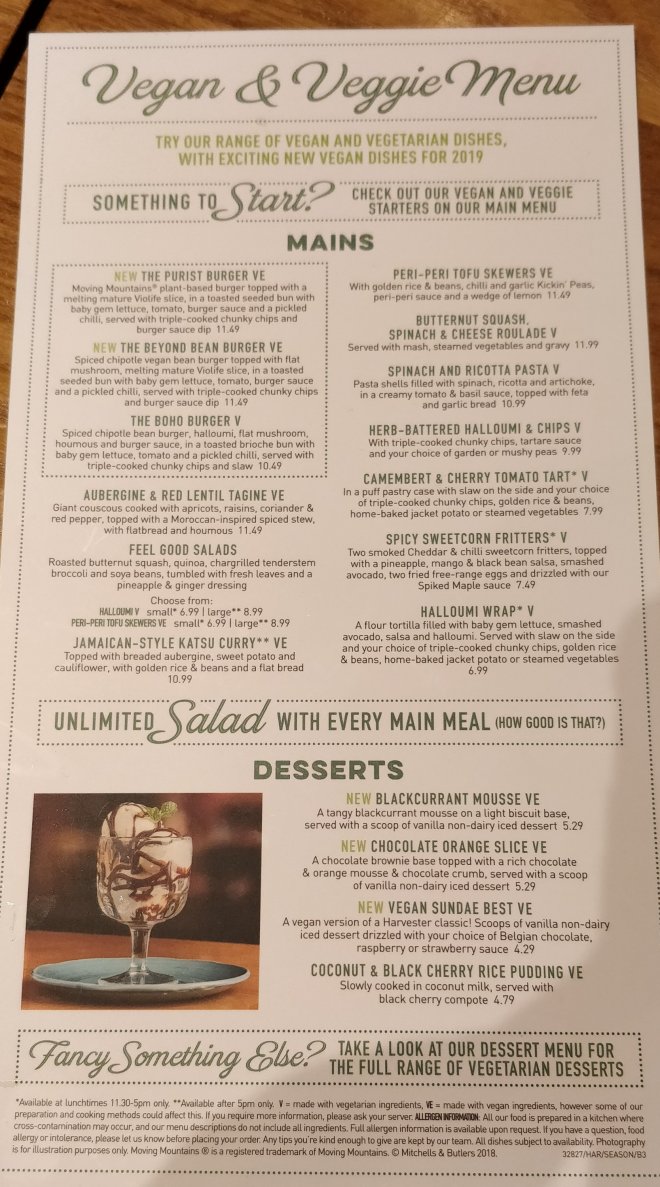