Leon are great for vegan options and like so many places they have some new options for 2019.

The other great thing is that they list the vegan options first on their menu boards then the veggie options and lastly the meat options, encouraging customers to go for the plantbased meals first.

I chose the Love burger which had a massive poster whereas the two chicken burgers were hidden at the bottom board.

The love burger is a plantbased burger (I know it had beetroot in it) which tasted quite meaty, smoked Gouda vegan cheese, chipotle mayo and salad.

I really enjoyed this burger and was glad it has all the fixings like cheese and mayo not just a burger with all the non-vegan bits removed.

I also ordered the baked fries but they would take over 10 minutes so I got a refund for them which I was glad of as they are £2.45 and not amazing.

I had also seen they had a new vegan cake – the Jaffa cake. This little cake is a tasty little treat. I’m not a fan of marmalade as it’s a bit bitter for me but the sweet cake and chocolate helped balance that out. 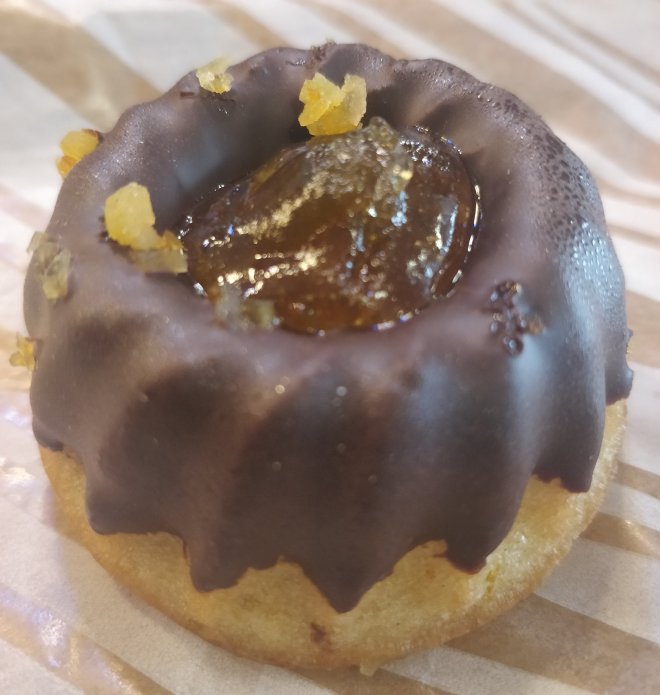 There are also some other vegan treats I saw which I haven’t tried yet so I’ll have to make a return soon and with two branches within walking distance of my work it’s not difficult!

Have you been to Leon recently? What did you have? How was it? Let me know in the comments below.