My Mum and I were hoping to go to the newly vegan Blacksmith and Toffeemaker after our trip to see Sir Matthew Bourne’s amazing Cinderella at Sadlers Wells in Islington but unfortunately they aren’t open on Sundays so we headed back to old faithful The Gate. I cannot count the number of times I have been to this veggie restaurant or its sister branch in Hammersmith (I haven’t quite made it to the Marylebone one yet, although rumour has it one of my vegan contacts is now a chef there).

I’m not sure if it was because of Veganuary or just the way things are going but there were definitely more vegan options on the menu than I have seen in the past. I think all but one of the mains was vegan.

I decided for tortillas filled with black beans and sweet potatoes and a side of crispy polenta chips while Mum went for the aubergine schnitzel with a side of cauliflower in tahini sauce with pinenuts and pomegranate.

My tortillas looked a bit more special than your usual Mexican fayre and they were tasty and crispy to boot. I couldn’t really taste much sweet potatoes over the various spices but I wasn’t missing anything.

The polenta chips were really crispy and I’m glad they’ve taken off the cheese and made the aioli vegan so this is a vegan dish from the start! 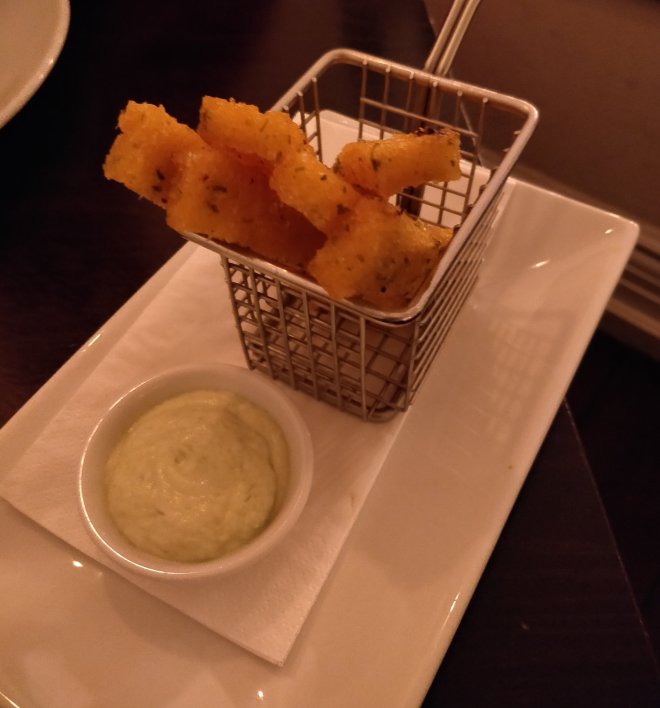 My Mum said her schnitzel wasn’t as crispy as she would have liked but really loved the cauliflower especially the sauce. 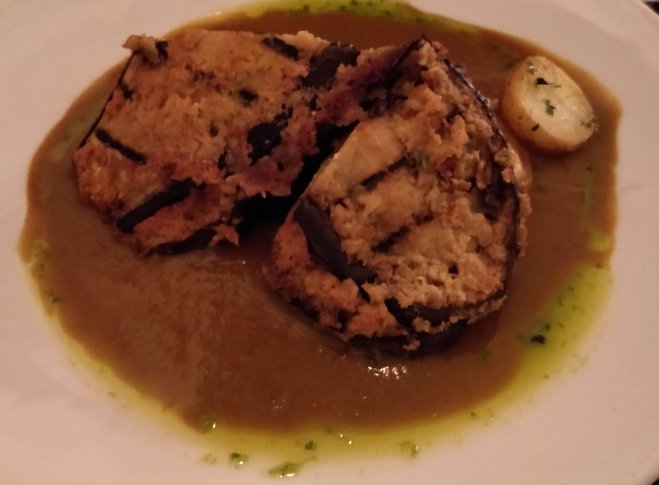 For dessert I chose the citrus tart which had an orange, lemon and lime cashew filling. This was your typical raw dessert and was lovely and zingy. 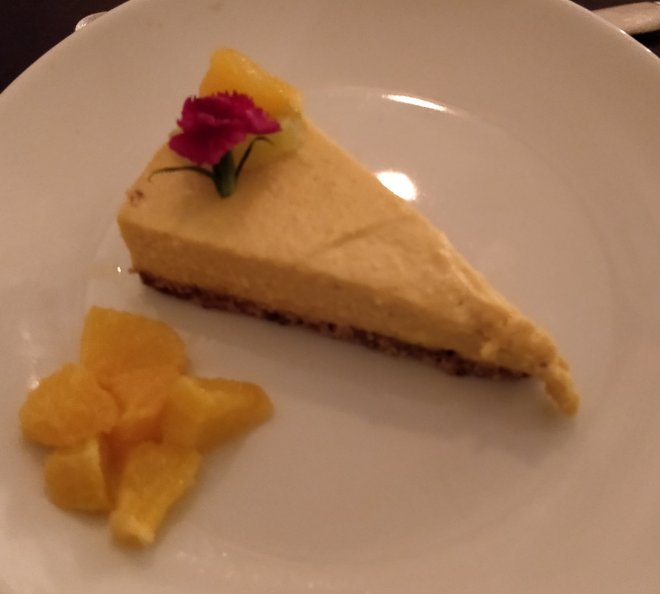 Mum went for the Eton mess with pecans and quince, this was another vegan dish so they must have made the meringues with aquafaba. This wasn’t served in a tall glass but on a plate and with the shards of meringue sticking out I thought it looked like some sort of insect! Mum said it was tasty though.

All in all a fab meal after a lovely Mother/Daughter day out!

Have you been to The Gate recently? What did you think? Let me know in the comments below.