I’d seen Joey’s Kitchen at a couple of events I’d been to but I’d never taken the opportunity to try them out until now.

Haunt is a funky little vegan bar and restaurant in Stoke Newington, they have their own fully vegan food menu but every Tuesday they let Joey’s Kitchen takeover.

I’d looked at the menu earlier in the day and decided on the cheese toastie as I had predicted my Sister-in-law would go for the macaroni cheese. I also liked the look for the Oktoberfest special but as neither of us are big beer drinkers we didn’t think we’d get through the stein of beer! 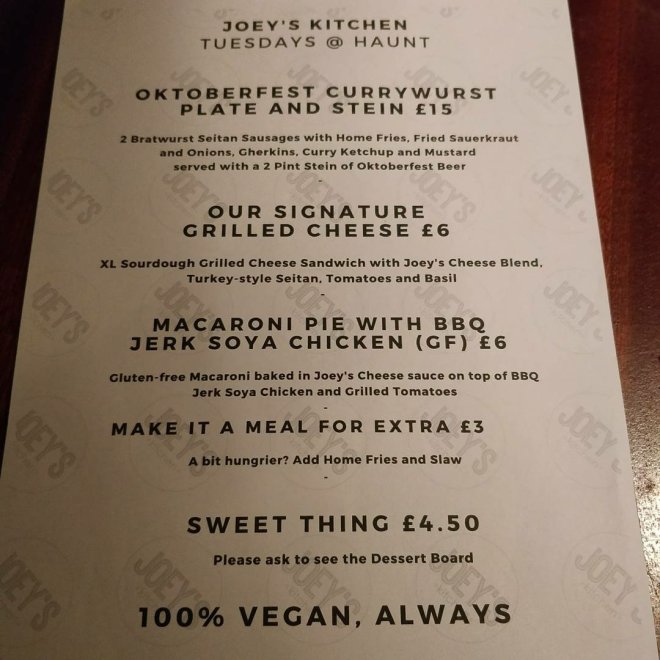 You pay at the bar when ordering and then the food is delivered to your table. Gemma went for this oat hot chocolate to begin with and it was really tasty.

We had the sandwich and mac and cheese to share with a side of home fries and slaw each. The sandwich was really gooey with the cheese and I added some of the slaw to my half to get the full experience.

The mac and cheese came with chicken style pieces in a spicy barbecue sauce with cut through the thickness of the cheese sauce.

We weren’t finished there though! We shared a cherry ripple baked cheesecake for dessert. There wasn’t much of a cherry flavour as I think the rich dollop of chocolate on top was the strongest flavour. The base was really crumbly and the cheesy bit had a nice texture. 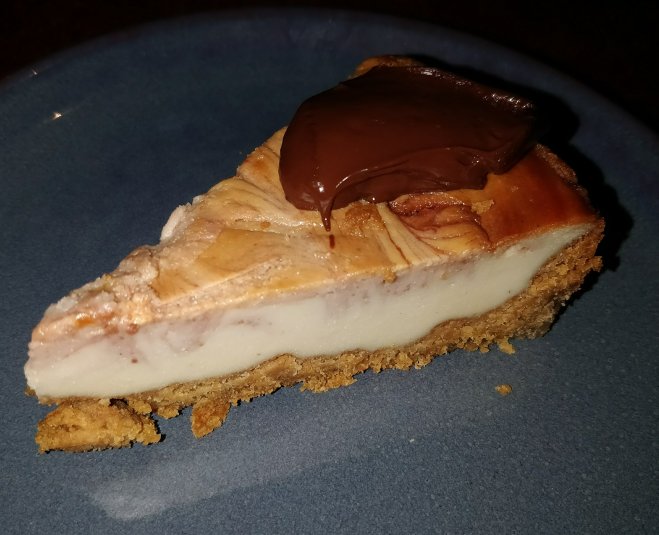 We couldn’t leave without letting the hubs get in on the action so we got him a toastie to takeaway!

I really enjoyed our meal and thought it was reasonably priced, I’ll definitely be back on a Tuesday for Joey’s Kitchen and we’ll have to try out a different day to taste their regular menu.

Have you been to Haunt or tried Joey’s Kitchen before? What did you think? Let me know in the comments below.