I subscribe to a veg box from Riverford so I thought I would show you some of the meals I have made using the vegetables in my latest box. I was also lucky enough to snag some veg from my in-laws veg patch when we last there, so thought I would include these too.

I get the UK organic veg box from Riverford once every 3 weeks and this was the list of contents from out last box (sorry for the oil stains!) 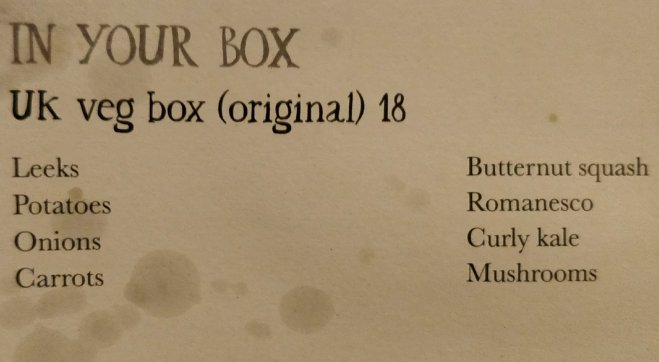 And here is the veg from my in-laws, which includes pumpkin, spinach, chard, cucumbers, gherkins, turnips, beetroot and spring onions.

To start off with from the veg box I made leek and potato soup, I love leeks and this is one of my favourite soups! This did me for one supper and lunch for my Husband, Brother and me the following day. It’s definitely soup season and it’s an easy way of making lots of cheap lunches! 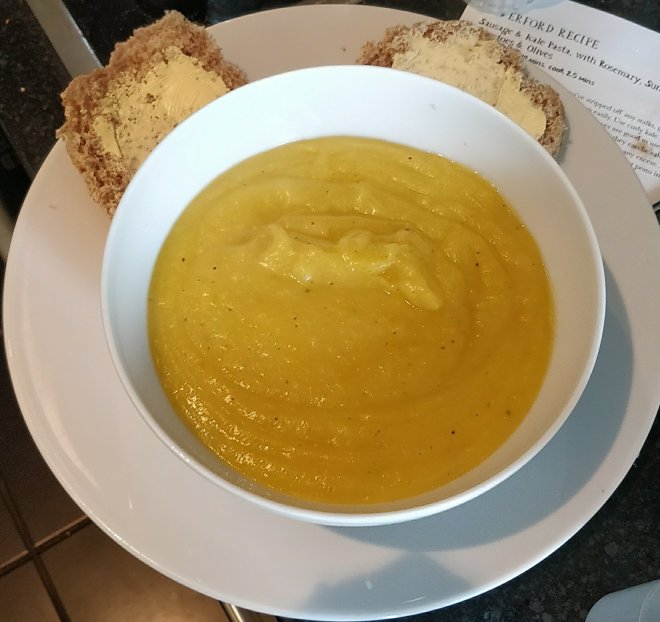 Next up is sausage and mash with veg, utilising the potatoes, onions, carrots, romanesco and kale from the veg box. This is another Autumn fave!

The butternut squash was used for more lunchtime soup, I added half a scotch bonnet pepper to this and although it was hot I could taste the fruity flavour from it. 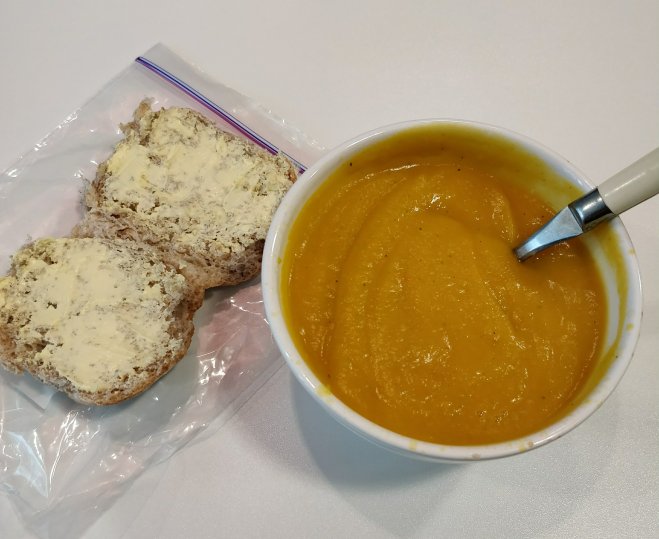 Even my lazy dinners were getting in on the action, I used the last remaining potatoes to make wedges and added mushroom and onions to this dinner with Fry’s schnitzel and beans to up the veg count.

I bought some vegetable suet to make dumplings to go into this lentil stew, it also featured carrots, spinach, chard, turnip and romanesco. This again made multiple portions which I have been enjoying in the week for lunch.

At the weekend I roasted the beetroot and served it with quinoa (which had the spring onion running through it) kale and Violife’s new vegan halloumi. I love the variety of the different beetroots and the golden ones are definitely sweeter.

I have never tried fresh gherkins before so I was interested to see what these like. They are quite prickly when you are picking them and their texture is quite firm with a smaller cucumber like core. My Mother-in-law said she had seen a recipe for curried gherkins so I decided to look it up. This was quite spicy for me so I would reduce the amount of chilli powder next time although it is countered somewhat by the coolness of the gherkin. I wouldn’t eat this dish on its own with rice but use it in a thali where you are having lots of little dishes. 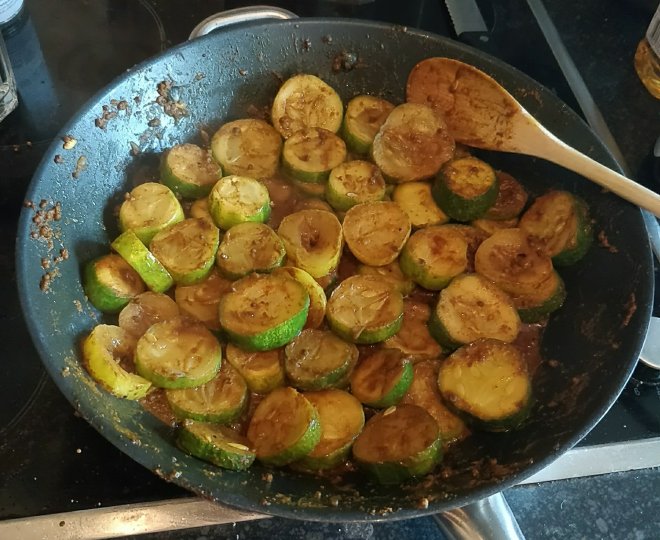 Next up we tackled the pumpkin, I asked my Husband to cut it into wedges so I could roast it before I pureed it. 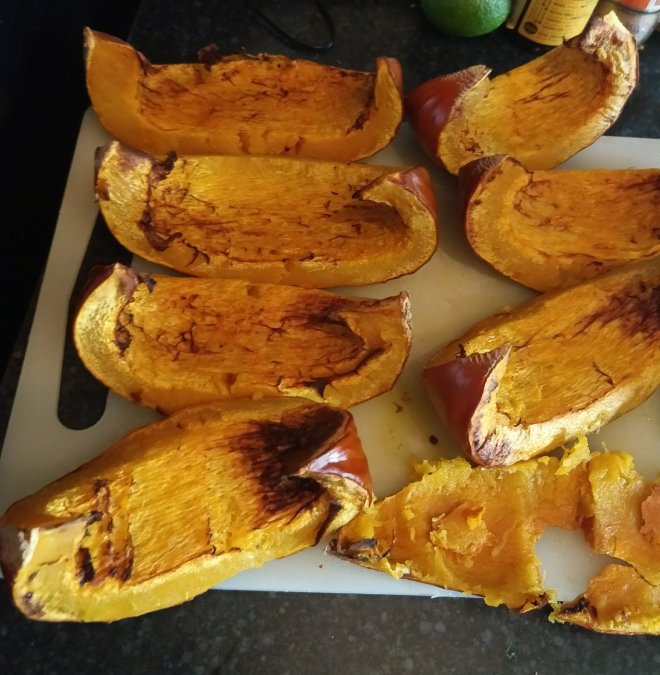 I saw this recipe for pumpkin blondies on my blog feed so I thought I’d give it a go. I would probably bake them a little longer than the recipe says next time and the texture was a little too squidgy for my liking but the taste was lovely.

The rest of the pumpkin went to make… you’ve guessed it – pumpkin soup! This soup was a little thinner than I would usually make but the sage and pumpkin pairing was delicious. 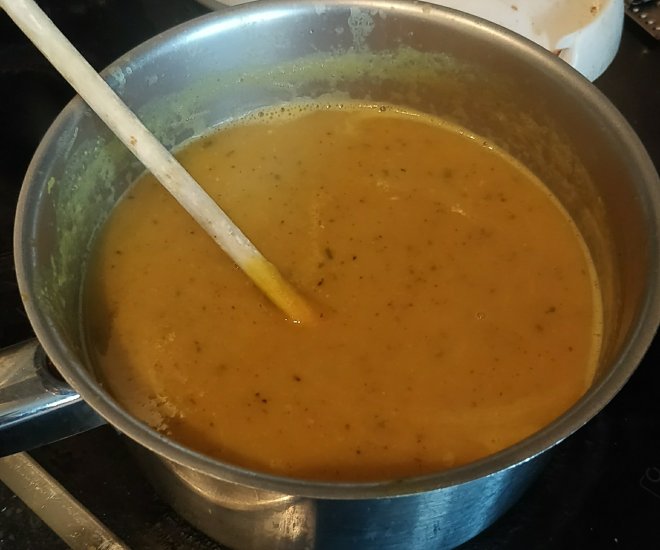 Out of the five cucumbers I gave three away to my Sister-in-law, my Mum and my work colleague, Luke, leaving me with two. These cucumbers are a different variety to the ones you get in supermarkets, they have spikes and thicker skins which need removing and have proper seeds in them. As it’s no longer salad weather I decided to put these in a soup but I wanted it to be quite filling so I went for a recipe that included potatoes.

So there you have it. Have you been making any dishes with the vegetables front and centre? Let me know in the comments below.