Last week the National Osteoporosis Society released the results of a survey showing a fifth of under-25s are cutting out or reducing dairy in their diet. The articles I saw in the press seemed to leap to the sensational (Huffington Post, BBC News).

These articles didn’t seem to mention dairy-free milks or calcium set tofu as a source of calcium which I think seems quite peculiar as I don’t know anybody who follows a dairy free diet (vegan or otherwise) who doesn’t replace dairy, with dairy-free alternatives. (This leads the sceptic in me to think the dairy industry is pushing an agenda.)

The NOS contacted the Vegan Society as they wanted to set the record straight and offered to feature a quote from the society on their website (see their full response here).

“The charity has informed us that some media reports exaggerate the findings, making it sound like dairy is the only source of calcium and failing to note the alternative sources that can be easily obtained on a vegan diet, such as calcium-fortified plant milk and soya yoghurt, and calcium-set tofu. Other sources include kale, pak choi, okra, spring greens, dried figs, chia seeds and almonds.

“Damage to the environment and animal welfare concerns are likely to lead people to make the decision to avoid dairy products. We encourage those curious about vegan diets to visit The Vegan Society’s website which has extensive information and research on all aspects of plant-based nutrition.

“Since The Vegan Society was founded over 70 years ago, millions of people around the world have been following a vegan diet and enjoying its health benefits.

“Any diet, vegan or non-vegan, could be lacking in nutrients if they are not adequately planned. It is the position of the British Dietetics Association, the largest association of food and nutrition professionals in the UK, that ‘well-planned plant-based, vegan-friendly diets can be devised to support healthy living at every age and life-stage’.

Countries that have the highest consumption of dairy products have the highest rates of osteoporosis, there are various theories for the reasons why (which I’ll let you research at your leisure). Humans are the only species that consume milk past weaning and we have only being doing it for a relatively short amount of time (10,000 years) in terms of our evolution.

Every diet should be planned to ensure you aren’t suffering from deficiencies of any nutrients and if you are worried about any vitamin deficiencies you can speak to your doctor about getting tested for it.

Lastly I just wanted to leave you this graphic of dairy free sources of calcium. 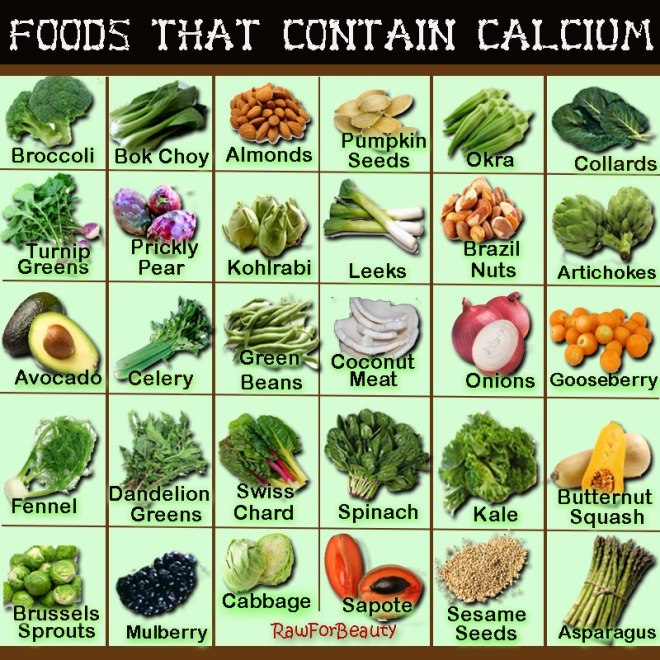