In the UK fox hunting is illegal although hunts still take place throughout the year and traditionally on Boxing day they have to comply with certain rules. 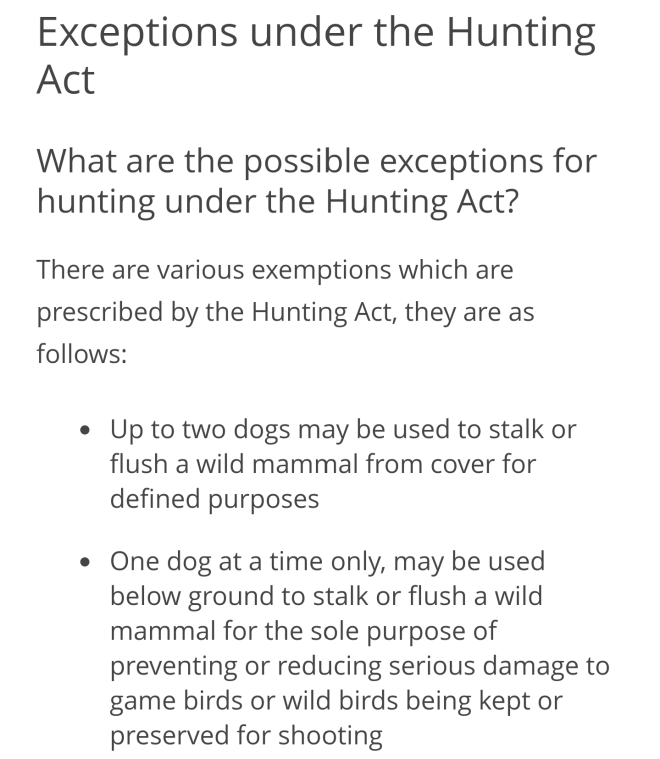 The full outline of the Hunting Act 2005 can be found here.

The Conservative party stated in their manifesto they would call a vote to have the ban repealed even though the majority of the public are in favour of the ban remaining in place.

Articles published today from Huffington Post and The Independent put the figure at 84% of the public in favour of keeping the ban (including those from both urban and rural communities).

Whether we eat meat, are vegetarian or vegan it doesn’t seem like many of us agree with an animal being scared, exhausted from running for its life and then being ripped to shreds by dogs.

The League Against Cruel Sports estimates 16,000 illegal fox hunts have taken place since the ban has been in place.

Hunt Saboteurs are a campaign group who seek to disturb illegal hunts but quite often find opposition from the police themselves.

I can’t see any argument for repealing the ban. Although I personally don’t agree with the killing of any animal, if you argue foxes are a pest to be culled they should be shot rather than chased with horses and dogs in some odd antiquated pageantry. If you argue it’s a tradition of the countryside then take part in a dry hunt.

If you are not the UK I would compel you to contact your MP when the vote is announced to voice your objection to repealing the ban.

Unfortunately I am well aware that my MP was against the ban when the original vote came to parliament in 2004 so I know he will be favour of a repeal, but I will still let him know my opinions (as I often do!)

What’s your opinion on this issue? Let me know in the comments.