I started off this week with left overs from last Sunday so it was jerk tofu again. I didn’t take another picture so imagine this without the peas!

On Tuesday I made Bolognese with wholewheat fusilli pasta. When I went into the freezer for the soya mince I realised we had none left so used a can of green lentils instead which worked just as well. I served it with my vegan favourite – garlic bread from Sainsburys at 70p for two baguettes!

On Wednesday my Husband was suppose to make dinner but he wasn’t feeling well so I popped to the chip shop after my run and had chips and salad, I felt I had earned it after all!

My Mum and I went to the amazing supper club hosted by Ruby and Pickles on Thursday which you can read all about here.

On Friday I went to Carnevale with my Husband for lunch which you can read about here.

On Saturday I took part in the Awakening vegan demonstration at Piccadilly Circus.

Afterwards I headed over to the nearby veggie Pret pop up. They’ve recently released some results here from their first few weeks. I was surprised when they originally said they expected a 30% drop in sales, they obviously didn’t appreciate the veggie pound as they’ve seen an increase of 70%! Also the 8 top selling products are all vegan! They are now decided what to do next so you can contact them on Twitter to let them know your thoughts. I had an artichoke, red pepper tapenade and olive baguette which was great and I hope they add it to the regular menu. I also had a kombucha which is a fermented green tea and this one was flavoured with lemon and ginger. I’m still not sure if I like kombucha, the fermented-ness reminds me a bit of cider but more vinegary. The chocolate orange pot is amazing and this will go down well with non-vegans too.

As I was in the vicinity I of course had to visit Yorica! for some ice cream, even though it wasn’t that warm! I went for the violet and chocolate orange with chocolate cornflakes. They had a rose one for the Queen’s birthday which I hope they’ll do again as its one of my fave flavours and would love the floral combination of that and the violet. 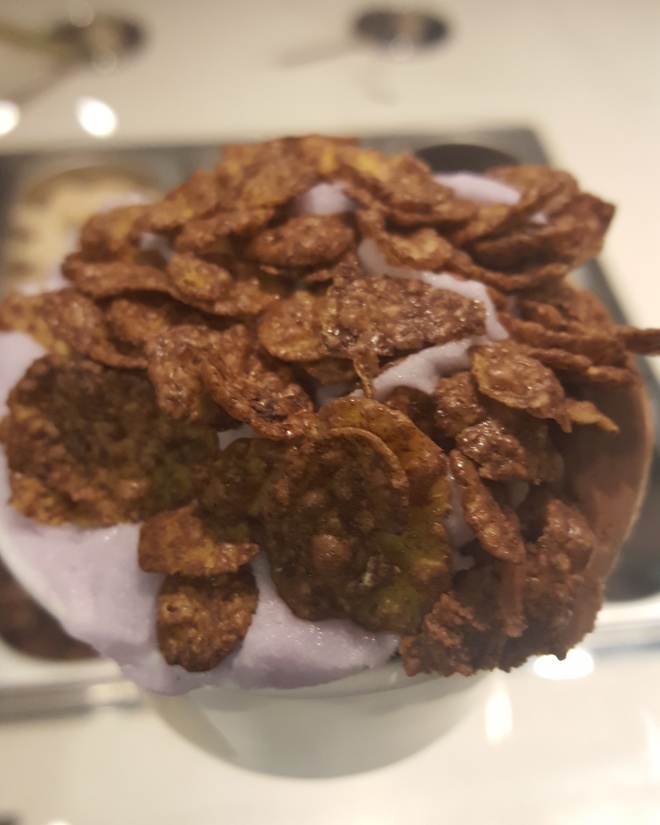 I had a picnic today with my Brother and Sister-in-law to mark the first Father’s Day without my Dad. I baked some banana bread and doughnuts and we had an assortment of vegan savouries. The weather was really lovely and it great being out inn the local country park. 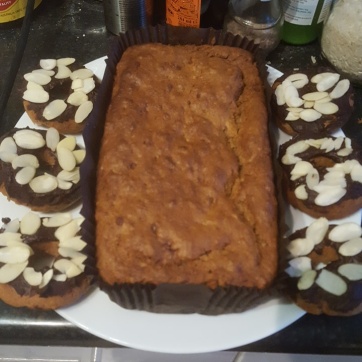 Hope you have a great week!