I’d already decided to make a pie on Tuesday when I found out it was British pie week! On Monday my husband was out for the evening so I wanted an easy dinner before I watched some rubbish TV! I found this VBites turkey style, ham style and leek pie in the freezer that my Grandparents had given me. It was a bit salty for me but went well with my roasted and steamed veg.

On Tuesday I made chicken style and mushroom pies using the vegan Quorn pieces I had bought in Asda. The Quorn had a nice texture and soaked up the flavour from the herby gravy I had made. My non-vegan husband also enjoyed the meal.

As I had made four individual pies we had them again on Wednesday, (it was pie week after all!) this time I had lovely fluffy mustard mash with mine. 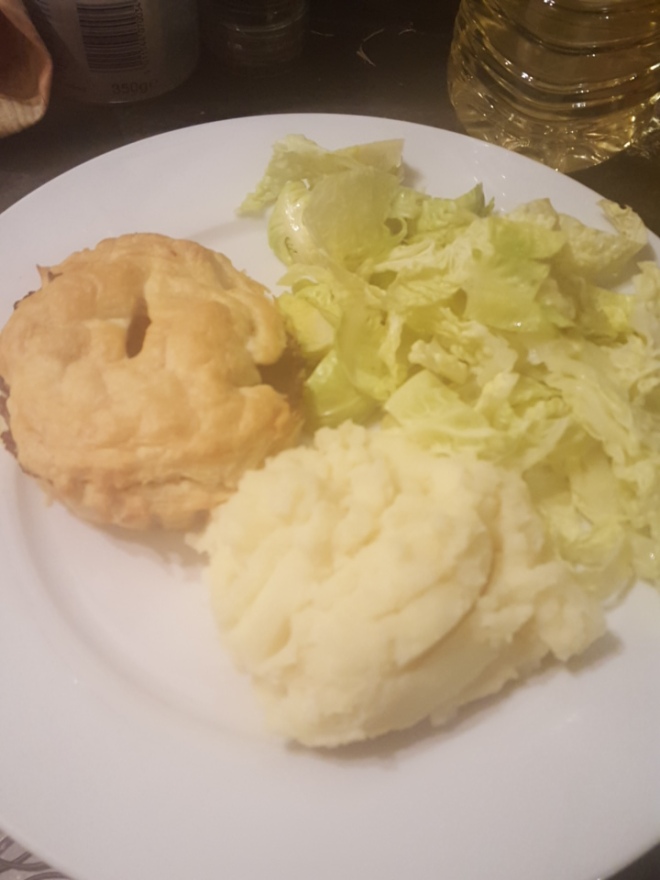 On Thursday I had been invited to a screening of the film Pride by a former colleague as part of her new company’s inclusion week. If you haven’t seen the film about the Lesbian and Gay support the Miners campaign it is a must. I first saw it on an aeroplane so it was nice to see it on a bigger screen and have have your tissues ready as I cried both times! They provided catered and did me these lovely chinese buns with red pepper and chili sauce and nachos with avocado and caramelised onion relish. As I didn’t know what would be available I also bought a baguette from Pret a Manger. They always carry a vegan sandwich and this one is avocado, olive tapenade, sun dried tomatoes and rocket. It’s really substantial and great to grab when you’re on the go.

On Friday I came down to Bournemouth to spend the weekend with my friend and her family. She told me she was making homemade pizza so I bought some violife cheese and Tofurkey Polish sausage to go on top. The base was really well risen and this was great after a long journey down from London. 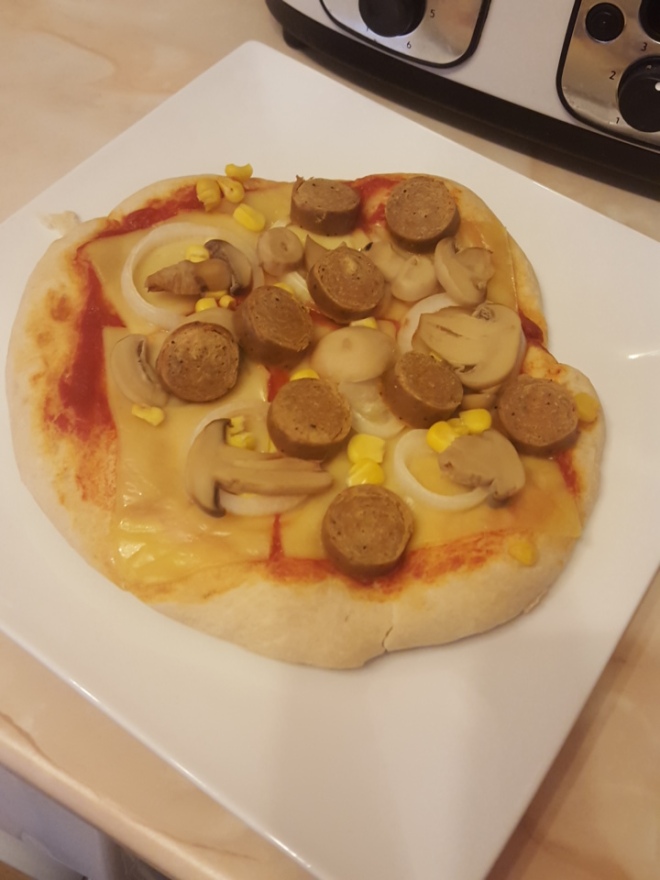 On Saturday after a morning shopping, (see post here) we had lunch at Mad Cucumber  (see review here). 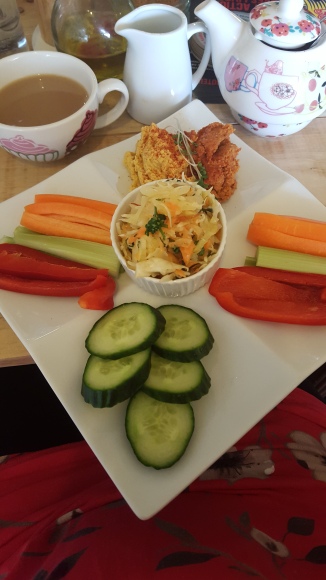 On Saturday evening we had a lovely meal at with my friend’s daughter at Zoukinis (see review here). 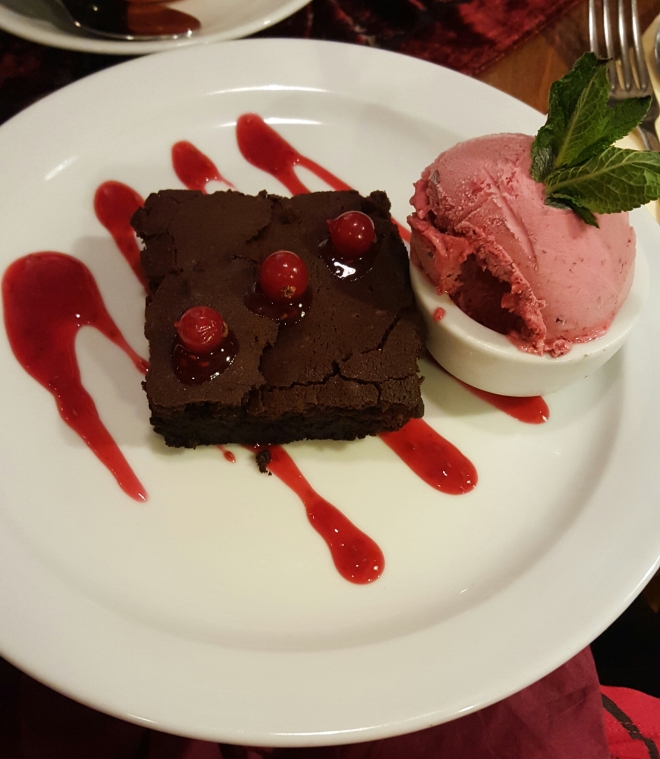 This morning I had my Amy’s Kitchen breakfast sandwich to set me up for the long journey home. (Don’t you just love Sunday train services!)

I had a pretty good week foodwise and I’ve got a couple of meals out planned for this week coming, so I look forward to telling you all about those!