I’ve come down to Bournemouth for the weekend to catch up with an old friend. I had a look up online at what vegan options were about in town and came across the website for Mad Cucumber. As it’s fairly central we decided to pop in for lunch after a morning shopping. We arrived just before 12pm and I’m glad we got a table as some of the review I read said it gets really busy, especially on a Saturday lunchtime. 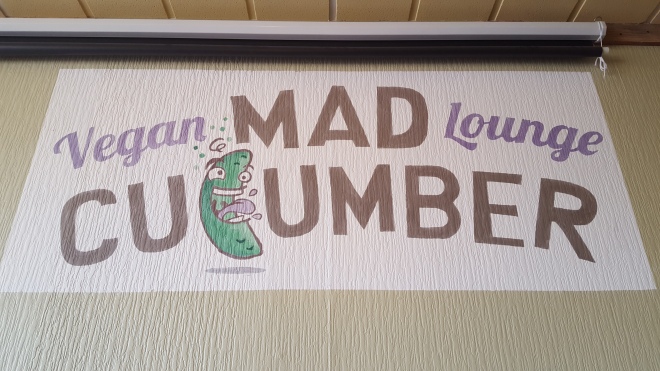 It’s really pretty inside and there’s lots of artwork up by local artists which are available to purchase. We were also greeted by a couple of friendly dogs who were going around saying hello and getting a stroke from all the patrons!

I started with an Earl Grey tea which came in this pretty pot and cup set. It came with soya milk as standard but they had a selection of other plant milks available on request. 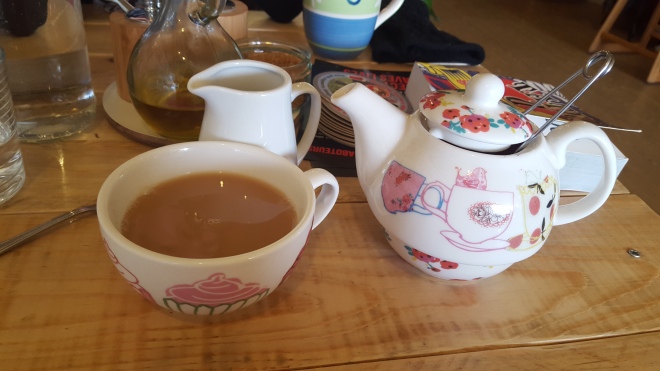 I went for the veggies with dips and added coleslaw. I wanted a light lunch as I’d had a Tofurkey sausage sandwich and a banana for breakfast. The houmous tasted great and the other dip was good too although I wasn’t quite sure what it was! The coleslaw came in a light dressing rather than smothered in mayonnaise which was really refreshing. 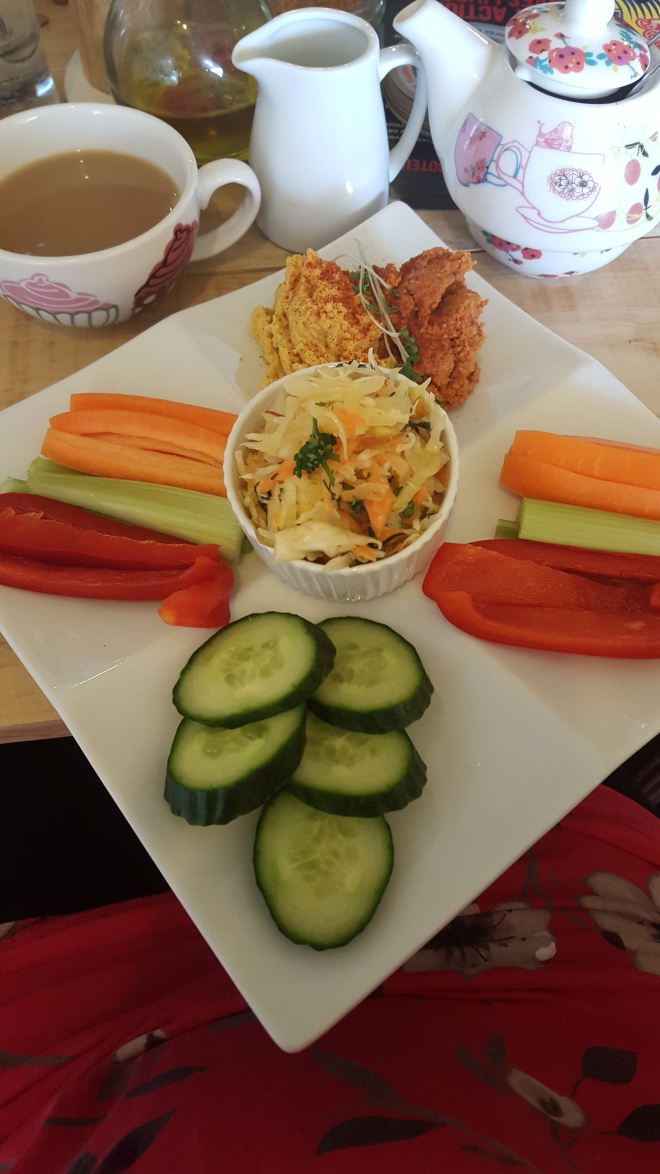 My friend went for the mushroom and onion quiche which came with a salad. I tried a bit and it lovely and gooey and had a strong flavour. Karen isn’t vegan but she said she really enjoyed and couldn’t tell the difference with the soya milk in her latte.

They also had a display of gorgeous cakes, but as I’m reducing my sugar intake I declined to sample any.

Overall we really enjoyed our meal and it was great value for money. The only negative I would give is that they except cash only. Come on! It is 2016 after all!

Have you been to Mad Cucumber? What did you think?